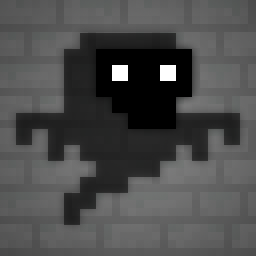 The Wraith is a special enemy appearing in skeletal remains, Tomb, Crypt, Graveyard, Hero’s remains (special room type which can be generated in any depth, except in non-regular depths (i.e. boss depths, and depths 21 & 26)).

You are watching: pixel dungeon wraith

Wraith A wraith is a vengeful spirit of a sinner, whose grave or tomb was disturbed. Being an ethereal entity, it is very hard to hit with a regular weapon.

Wraiths only spawn from Tombs and Skeletal remains/Hero’s remains when they’re disturbed by the Hero/ine.

Wraiths from crypts will spawn in the four cells cardinally beside you. However, if there is a wall or statue beside you, then a Wraith will not spawn there.

Wraiths will begin to attack the turn after they are spawned, giving the Hero/ine a chance to blink, teleport away, or to make a hasty retreat.

Wraiths have a very high dodge, so it is very rare for Wraiths to get hit by melee attacks; it is advised to use other tactics (see Tips below).