Knowing your hamster’s gender will save you from a world of trouble. Pairing a male with a female by mistake will get you a new litter faster than you’d like. When I got my Teddy I didn’t care about the gender, I just wanted him to be orange.

It turned out he was the only orange hamster they had at the pet shop, so there we go. But today I’ll be talking about how to find the gender for your hamster, since this is very important. Especially if you’ve got Dwarf pairs.

You are watching: how to tell the gender of a dwarf hamster

So how do you find a hamster’s gender ?

The shortest and clearest answer is to check the hamster’s genitals. There are some very clear differences between males and females, and you will notice them in your hamster.

There is very little, to no hair at all in that area. Also, you will notice the nipples on her abdomen running on both sides of her belly. They might be covered by fur, but they will be there.

Males have no nipples in hamsters, so you should find none. And in the end, the testicles will make the male hamster’s rear end look larger, and more elongated than the female.

Alright, but how do you actually go about finding the hamster’s sex ? Hamsters spend most of their time on all fours, so they won’t really roll over and show you. Let’s see how to go about that.

I’ll give you a step by step guide here, but remember that this works mostly for tame hamsters. Untamed hamsters, that do no like to be handled at all, will need a different strategy. I’ll provide you with that as well, just scroll down a bit.

Give the hamster attention beforehand

Before you try to tell the hamster’s sex, you need to make sure the hamster is calm and relaxed. A treat and some playing and handling will help a lot with this.

If you can actually incorporate this into the playtime it would be easier for your hamster. You will be holding your hamster tilted on his back, and he won’t really like that.

So play with your hamster a bit, stroke him, talk to him softly, do as you would normally. Give him a treat, maybe a big one to distract him. For example a large piece of carrot that he can’t immediately show into his cheeks would be great.

If not, a simple dog treat will suffice. If you’re unsure what to feed the hamster, you can check the list of safe foods here. You’ll find foods and treats as well.

Your hamster might squirm, even if he is tame. No hamster likes to be held on their backs, and you can’t really hold them above your face since this will be too high for them.

So, it would be best to do this low on the ground, with a box lined with bedding under your hamster. This way if the hamster manages to wriggle out of your hands, he will only fall on the soft bedding. And he won’t really get very far, since the box will keep him contained.

Readmore: Why does your hamster smell? | Pink Army

If you’ve got a glass tank, you can do this over the hamster’s tank, to stress him even less. Again, try to incorporate this into the play routine you have with your hamster. Make it feel like it’s another game, and he will be a bit more relaxed.

Only try it when the hamster is relaxed

This should go without saying, but do not try to handle the hamster when he’s irritated, or is sleeping. If he just woke up for good, and just started walking about his cage, this can be a good time.

But if he was just chewing on the cage bars a second ago, and his teeth are chattering, stay away. Your hamster is not in a friendly mood, and will definitely bite you if you try to hold him now.

An eating hamster will not like being held or handled either.

So a good moment would be when he’s out and about as usual, or when he just woke up.

When you do hold your hamster in order to find its gender, make sure you’ve got your thumb across the hamster’s chest. The hamster should be cupped in your hand, and you will need to use both hands.

Your hamster will probably squirm and try to escape, which is understandable. Do not hold him up very high, instead do this over his glass tank close to the bedding if you can. Or over a box lined with bedding, so he will fall somewhere safe and soft.

If you’ve dropped your hamster and didn’t manage to figure out his gender, that’s okay. Keep playing with him, and give him a couple of bits of food for his trouble.

You can try again in a few minutes. This is something that you might need to have patience with.

Look at the underside of the hamster

Hold the hamster a bit tilted on his back, so you can see his underside. He will probably squirm, but that’s reasonable. Use your other hand to try and feel on his abdomen for the nipples.

If you find none, it’s a male. If you do find nipples, it’s a female.

You might also see a swelling near the tail, those are the testicles of the male.

These will all look the same, whether you have a Syrian or Robo or Campbell or any other kind of hamster. Some breeds might have another point on the male’s abdomen, a scent gland.

(If you like this article so far, you can pin it to your Pinterest board by clicking the image below. The article continues after the image.)

Alternative ways to find out a hamster’s gender

If you’ve got an especially stubborn hamster, who does not like being handled at all, then you’ll need to find another way. Or, if you’re looking at a hamster at the pet shop, and can’t pick it up but you want to know which gender you’re picking.

See more: how often do you feed a hamster | Pink Army

You can use a transparent container to find your hamster’s gender as well. This means that you will need something clear, like a jar, or a plastic box. You need to be able to see clearly through it.

Place the container on its side in your hammy’s cage, with a treat inside. Wait for your hamster to wander into it and take the treat, then pick up the container. This might take a few minutes, but it will happen.

Once the hamster is in the container, make sure he can’t get out. This means that the sides must be high, or there must be a lid on, which the hamster has to be able to breathe through.

Lift the container above your head, and look up. It might take some trying and your hamster might not flatten itself onto the floor of the container at first. But you should eventually be able to notice the hamster’s underside clearly.

Looking for size and shape difference between genders

There are a few difference between males and females, even if they’re not immediately obvious.

First, a male will be a bit larger than a female. If you’ve got a Syrian, and he’s alone in his cage as he should be, this won’t be easy to tell.

But if you’ve got a Dwarf pair, it will be much easier to compare a specific hamster against another.

Then, another difference between male and female hamsters is the rear end. A male’s rear will be larger, and slightly elongated, pointier. This is because his testicles are there, and take up quite some space. Of all the breeds the Syrian is the most obvious one, with very large testicles.

The females have a more rounder, kind of shorter end. So if you look there, you might find some tell tale signs.

When to separate hamster babies

Baby hamsters are weaned by their mother when they’re about 3-4 weeks of age. Whats more important here is that they can breed about as soon as they’re weaned.

They still have a bit of growing up to do to become full adults, but they are capable of breeding even at 3-4 weeks. So this would be the time to separate the litter into male and female cages.

Doing this too late can bring you surprise litters, so you should keep an eye on the mother. Once she starts weaning them, the babies will be pushed away by their mother. They can drink water and eat commercial food now.

If there was a very large litter, and not all babies managed to grow and develop properly, you can leave those with the mother for another week.

When you separate the babies into male and female groups, run another check a week later, to be sure that they are all male or female. Just to be sure and not have 20 more hamsters overnight.

A word from Teddy

I hope you found out what you were looking for here, and know whether you have a boy or a girl hammy. I’m a Syrian boy, and I was pretty obvious from the get go. But my Dwarf cousins might be harder to figure out, so try to be patient.

If you want to know more about us hammies, like how how expensive or cheap it is to keep one of us at home, or what we like to eat, you can check the articles below.

Readmore: how to tame a hamster that bites | Pink Army 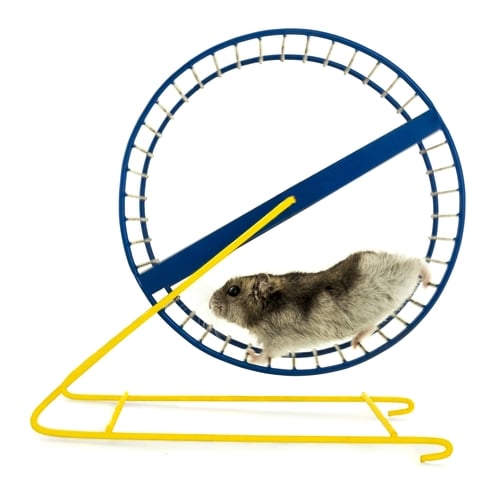 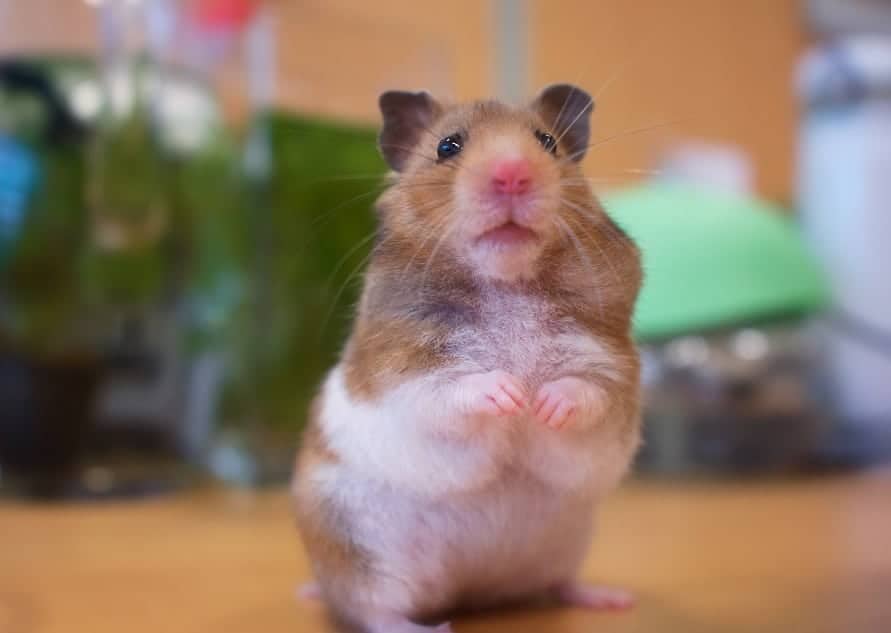