Learning how to read and write go hand in hand. To become better at writing code yourself, it is good practice to read other people’s programs. Try to read and understand how they work. For this activity, instead of writing code, you will explore an existing program for creating a maze. You will try to answer the following questions:

You are watching: how to build a maze in minecraft 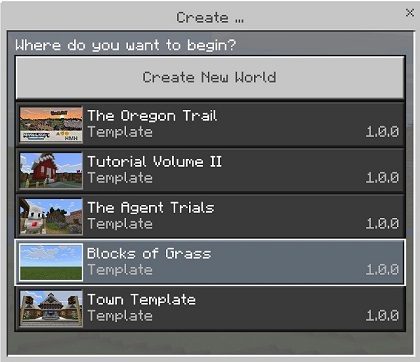 You can use the Blocks of Grass template in Minecraft: Education Edition 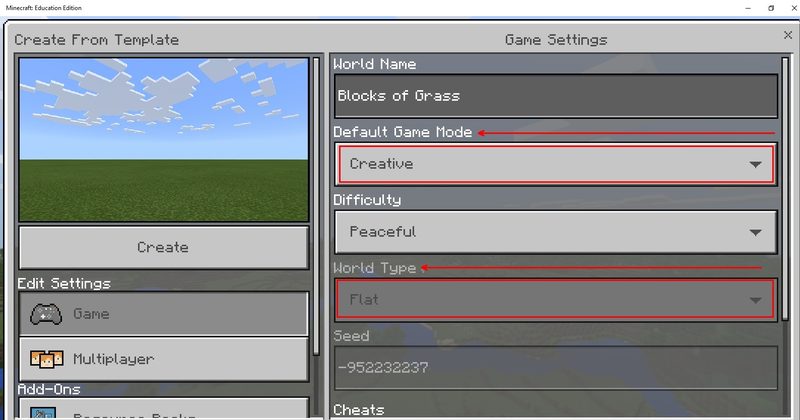 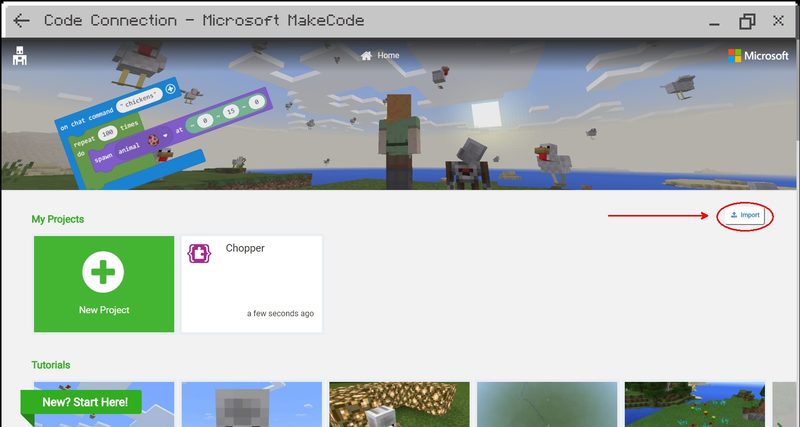 The code for this Maze Generation program is a bit more complex and developed in JavaScript. Basically, the Maze on chat command creates a 10 x 10 block of stone around the Player’s location. The Dig function will instruct the agent to dig out the maze from this block of stone. If the agent breaks through a wall in the maze, it will patch it up using the blocks in the agent’s inventory. The Shuffle function will ‘shuffle’ the directions that the agent will try digging in, to create a random maze pattern. You can preview the chat command “maze” in the blocks below:

The agent will need materials to patch holes it makes in the maze. Because the agent is “learning” as it goes, it may accidently break a block of the maze wall only to later realize we need that block. Thus, the agent then patches the hole it made by mistake. you can give the agent some wood to patch the holes.

Readmore: how to dry sponges in minecraft | Pink Army

Let’s try out the program!

Build the starting and ending locations

Now all you need to do is build a starting and ending point. 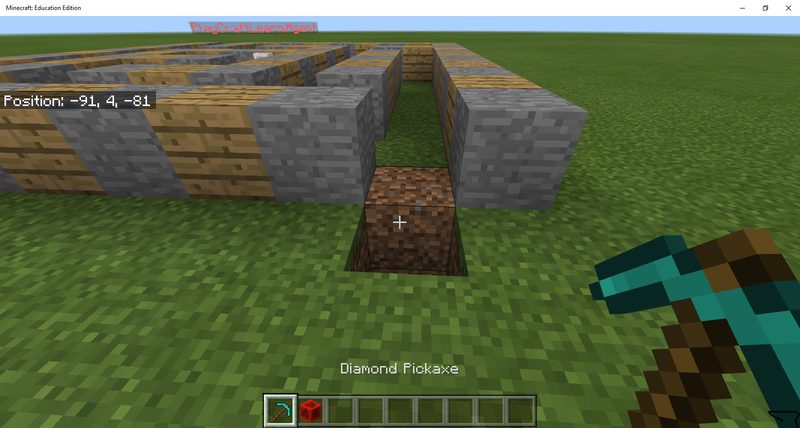 After destroying the grass block that marks the ending location, place a redstone block in the dirt. 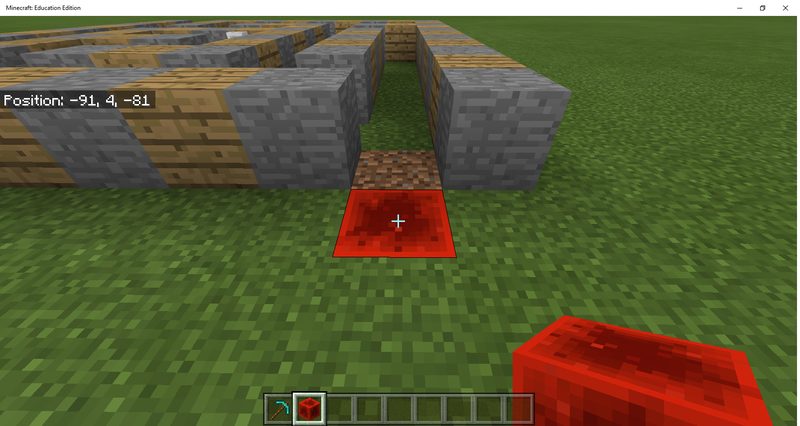 In the next activity, Maze Pathfinding, you’ll have the agent stop when it detects redstone under its feet. This is how you will know it has completed the maze! 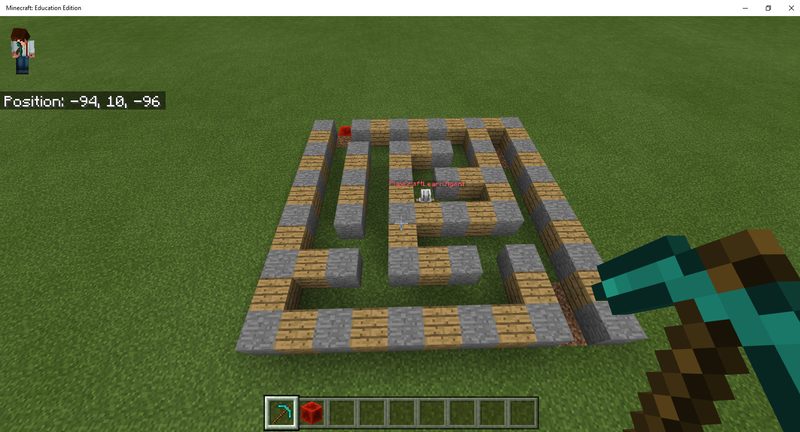 Maze generation algorithms are a popular programming exercise because there are as many different approaches as there are types of mazes! It’s also fun to see the maze as it’s being created. The maze generation routine we are using here is adapted from an algorithm called “recursive backtracking”.

Here is the maze solution in pseudocode:

Shuffle the array: Create an array of three directions Randomize their order For each value in the array: If it’s left, turn left If it’s right, turn right If there’s a wall in front of us (empty on the other side), preserve the wall If there’s no wall in front of us, dig a path forward (recursively by calling the same function “dig” again) Back up 2 spaces Turn back to original direction

The main idea is that the agent will continue to carve an erratic path through the solid block until it reaches a blank space, trying not to destroy walls between passages. Notice that at the very end it calls the same function again in order to restart the maze carving. This is a special form of iteration known as recursion.

Let’s change some things to make our own different and unique situations!

A minor issue is that we don’t have anything to stand on and watch the agent build if we choose to. It would be nice to be teleported up to a block when the maze starts. We can then watch comfortably. 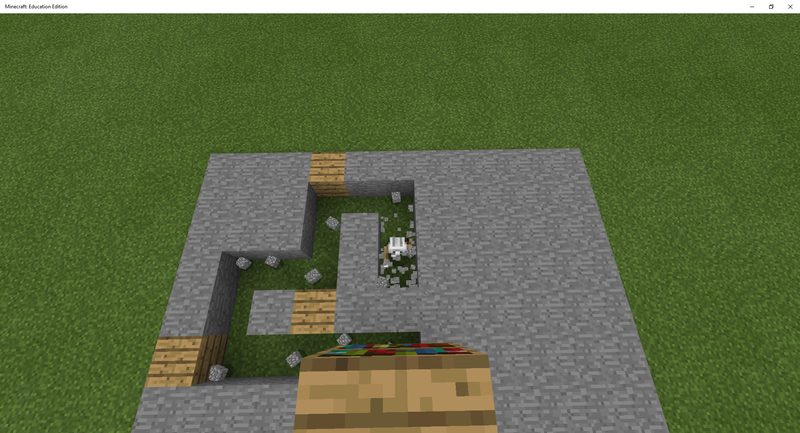 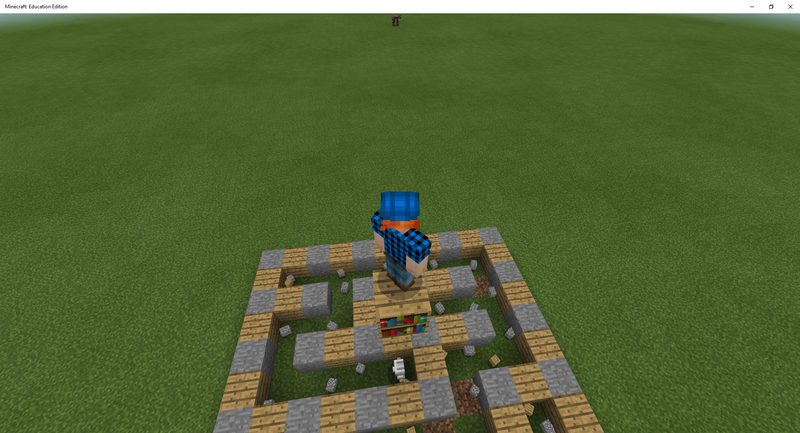 The solution has a bookshelf block as the perch but you could use any block you want. 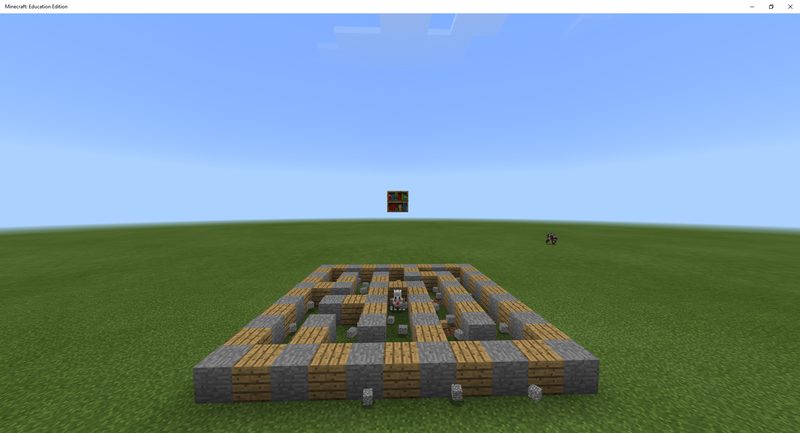 Change what the maze walls are made of, the patches, and add a floor of a different block type. In total you would need to select 3 new block types to completely redecorate. 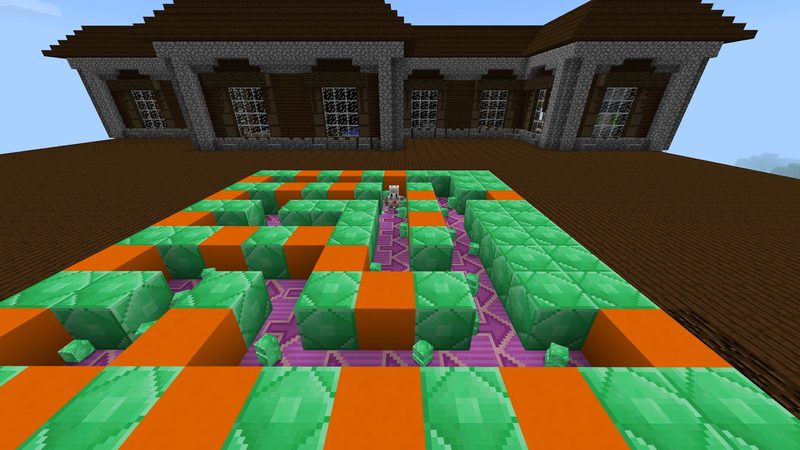 See more: how to use a nether reactor in minecraft | Pink Army