The Adams Pro hybrid is another solid performer that deserves its “Pro” moniker. High performance but not terribly forgiving. Great look at address.

In the current golf marketplace, virtually every club is good, but certain companies in certain segments have higher expectations. With their history of exceptional products, an Adams hybrid can’t just be good, it has to be special. It’s expected to demand a place in your bag. For those with the game, the Adams Pro hybrid is just such a club.

At address, the Adams Pro hybrid has a clean, compact look. The matte black head is devoid of alignment aids, though it does have a large velocity slot. Adams has been doing this for a number of generations now, so the “I think that looks weird” crowd should be over it. Plus, the slot is much less noticeable on the black head as compared to the white and silver of past Adams clubs.

One thing that sets the Adams Pro apart from most other players hybrids is the lack of “bulge” in the toe – the shape is almost perfectly symmetrical. 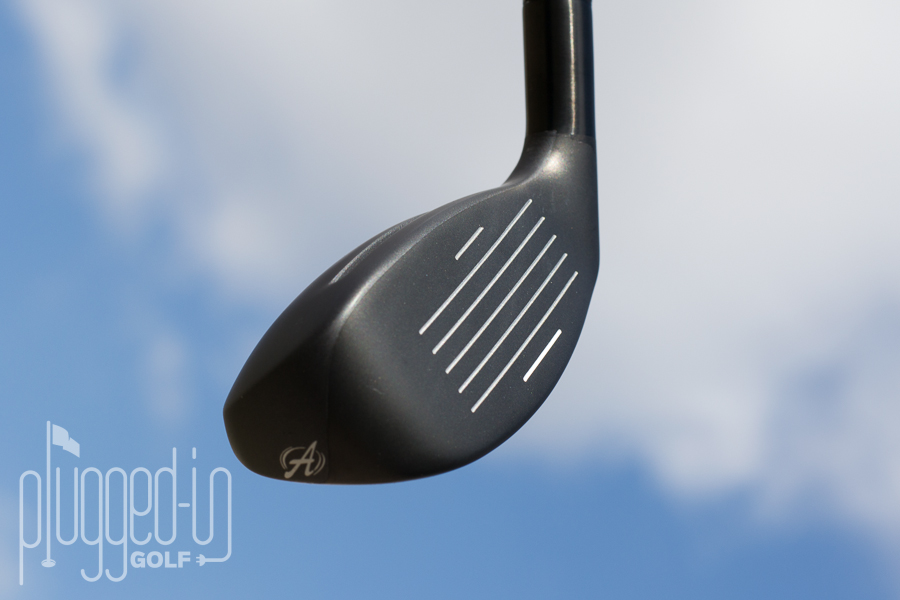 Much like the Adams Pro DHy, the Pro Hybrid is not afraid to let you know about the quality of your strike. On a pure shot, you’ll be hard pressed to find a better-feeling hybrid. It’s solid an hot, with a muted, low-pitched sound. When you miss, however, the Pro Hybrid gets louder and isn’t afraid to jar your hands a bit. If this were a club targeted towards 20-handicaps, this would be a criticism; for a “Pro” club, this high level of feedback is not only tolerable, it’s desirable. 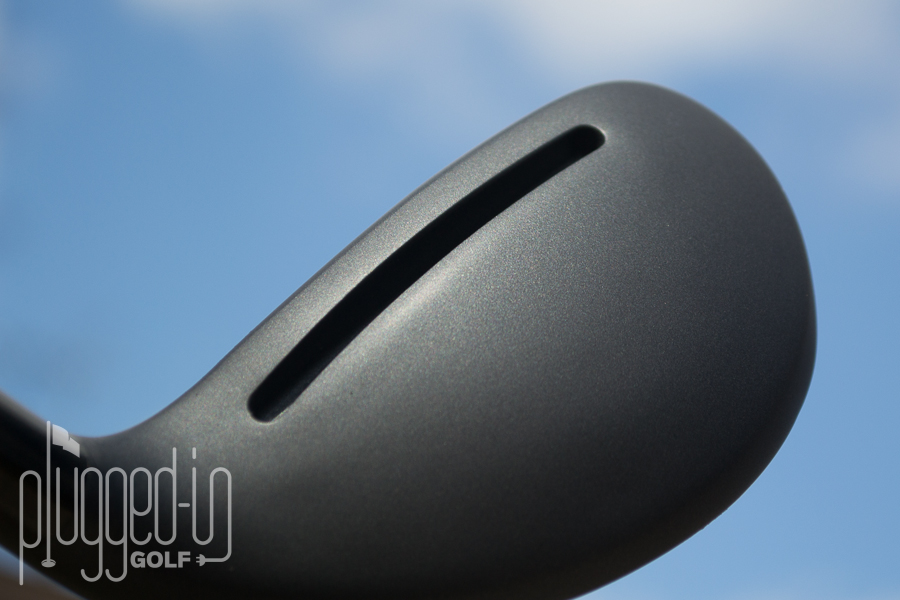 The Adams Pro Hybrid does exactly what better players want their hybrids to do. First, it’s more forgiving than a long iron. While it’s far from the most forgiving hybrid on the market, you have much more leeway with this than you would with a 3-iron. Second, the Pro hybrid flights the ball slightly higher than a long iron. You will not be hitting moon balls with this club, the flight is medium-low, but it launches higher and more easily than comparably-lofted irons. Finally, it goes a little longer and is a little more consistent than a long iron. Most better players are not looking for their hybrid to replace their driver, they want consistent, repeatable distance. That’s exactly what the Adams Pro hybrid delivers. I found that it was about half a club longer than an iron of equal loft, but the big issue was the consistency: the Pro hybrid was always plus or minus 5 yards and never had the big 20-yards-short miss. 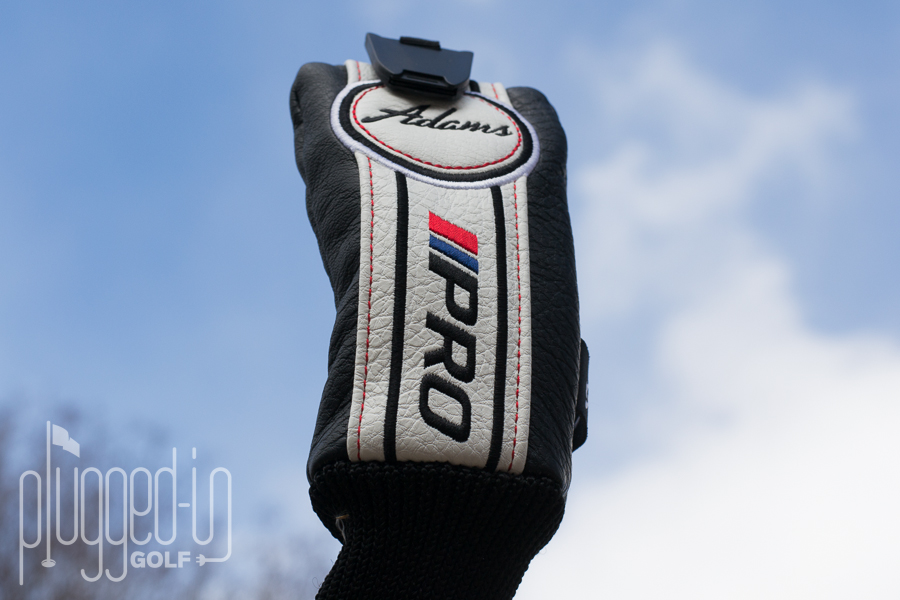 For better players looking to replace their long irons, the Adams Pro hybrid should be one of the first clubs to test. It offers the ball control and strong flight of a long iron but without the penalty on mishits. I will offer this warning to high handicap players: this club deserves its “Pro” designation as it is not one of the more forgiving hybrids on the market. If you put this in your bag, you need to bring your A game.

The Adams Pro hybrid retails for $200.