So I did. 🙂 I wrote this little Python program to check for this kind of numbers:

Sidenote: I could use the programming language Julia instead of Python, which may be much quicker, but I already checked for really big numbers and such a program (and brute-force in general) will never proof that there are no other powers of $2$ having this property. It might disprove it, but I think the chance is really really small.

I checked all the way to $2^{23826}$, which is a 7173 digit number, but no luck. Since the numbers are getting more and more digits with bigger powers of $2$, the chance of a number having no digit that is a power of $2$ becomes smaller and smaller. 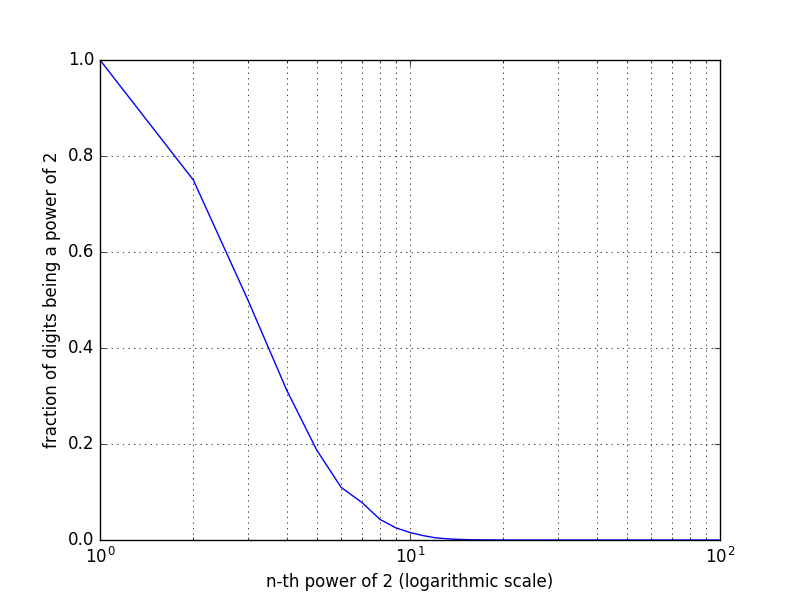 This graph is wrong! See the edit.

Edit: As @Aweygan noted, the graph above is wrong. I accidentally divided by the number itself, instead of the amount of digits the number has. Below a good version, on a linear scale. 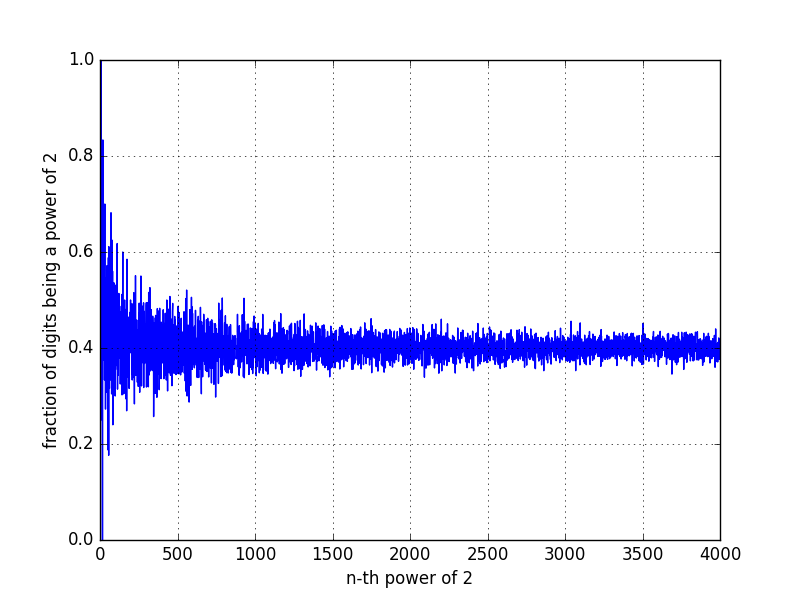 About the possible duplicate: that question was posted 4.5 years ago. The status of the problem (proven, disproven, open question) might well be changed in the maintime. 🙂